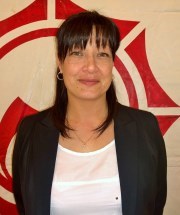 My father, Monty Betham Senior was a Professional boxer that did well on the world stage with amazing accomplishments having won the commonwealth middleweight title and a no 2 world ranking. Knowing how a disciplined sport could help achieve 'a healthy body and a healthy mind' which was a very important concept in my household growing up, I was enrolled into karate.

When I started back at karate I joined Jyoshinmon karate training under Shihan Dave and Sensei Beaty and have been with Jyoshinmon karate now for over a decade. I realised I had an opportunity to share what I had experienced and learnt doing Karate so I opened the Onehunga Dojo in 2009. My focus is now on teaching and coaching, helping my students to grow.